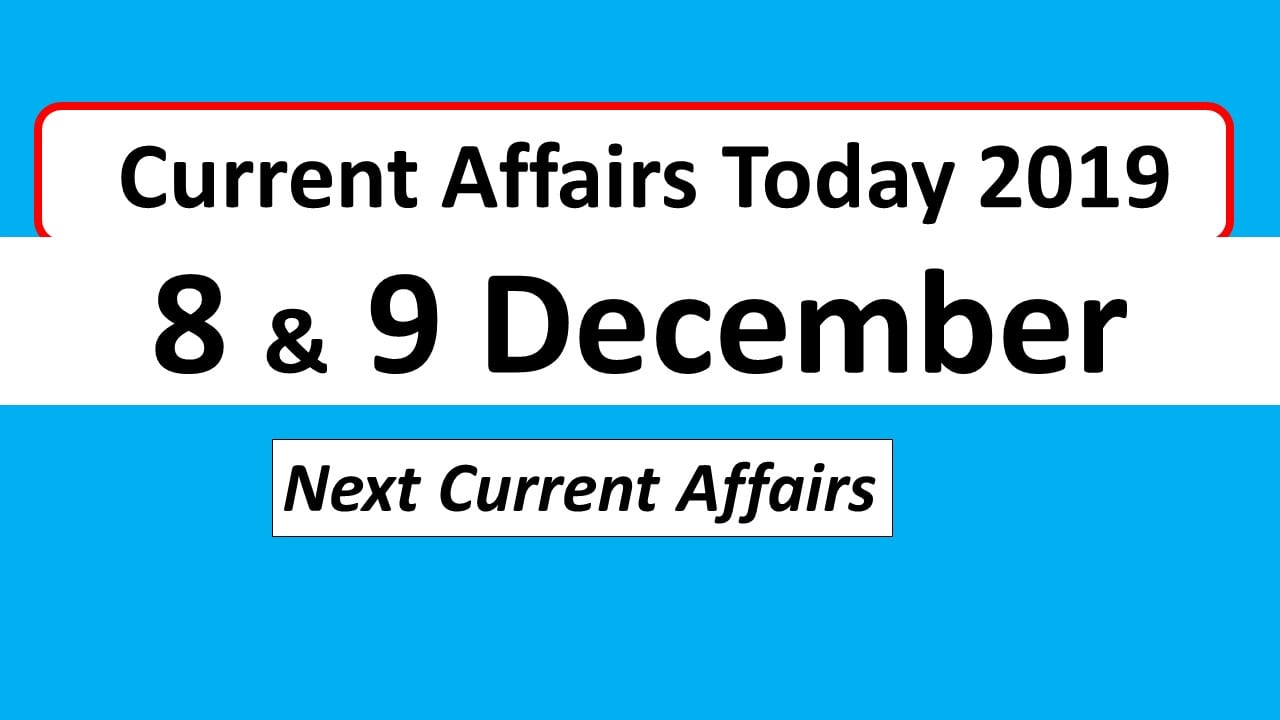 The loan facility has been extended at an interest rate linked to 3-month MCLR (marginal cost of funds-based lending rate) of the bank and has a door-to-door tenure of 15 years.

Theme of this summit is “Valuing Water Transforming Ganga“.

The Reserve Bank of India has released the Guidelines for ‘on tap’ Licensing of Small Finance Banks in the Private Sector.

The small finance bank shall be registered as a public limited company under the Companies Act, 2013. It will be given scheduled bank status once they commence their operations.

Finland’s Social Democrats elected 34-year-old Sanna Marin to the post of the prime minister, making her the youngest head of government in the country’s history.

The Indian junior women’s team has won the 3-Nations Tournament held in Australia.

Indian junior women’s hockey team won the 3-Nations hockey tournament based on leading the points table despite loss to Australia in the final match.

International Anti-Corruption Day is observed every year on 9 December to raise public awareness for anti-corruption.

The ‘Super 30’ Founder Anand Kumar has been invited to India’s Republic Day celebration in New York, United States of America (USA) on 26 January 2020.

‘Super 30’ is a programme that prepares 30 students from underprivileged sections of society for the prestigious IIT entrance test every year, without any fees.

It is an imaging satellite that will be used for ecological research of Earth.

Elavenil had won a gold in the Rio World Cup and the World Cup Final in China.

Saurabh Chaudhary won a gold medal in the 10m Air pistol category at the Asian Games in the year 2018.

President Ram Nath Kovind laid the foundation stone to the memorial being built in memory of the Paika rebellion on the foot hills of Barunei Hills in Khurda district a 200-year-old armed revolt in 1817 against the British East India Company in Odisha.

If you enjoy reading our Current Affairs Today 8th and 9th December 2019, Please share your feedback below